Yes. I am that 20-year-old woman who is still obsessed with Disney.

However, I’m not just obsessed with Disney… yes, I’m even crazier, and fucking love tsum tsums.

In case you didn’t know, “tsum” basically translates to “stack” in Japanese, and tsum tsums are little plush toys that Disney have created of certain characters. I personally think they are the most adorable thing to grace this planet, hence I have a whole lot of them! I find that they’re not the easiest to get (and I am desperately hunting for a Captain America tsum if you have one to trade/sell!), but I really love it when I find a deal on tsums or just find one that I really love.

I know that some people may think I’m a bit weird for collecting these plush but honestly, they make me happy. When they don’t any more, I’ll probably let all or some of them go but until then, they can take up their little compartment on my bookshelf.

The first tsum I ever got was Marie from The Aristocats which was my favourite movie as a kid. I think only Marie has been made, otherwise I probably would’ve got Thomas O’Malley! Anyway, she’s adorable and I love her.

Next I got Eeyore from Winnie The Pooh, who I love. I’d really like to get all of the Winnie the Pooh characters because they’re so darn cute and I love Pooh so, so much. Eeyore has a special place in my heart, too.

I picked up Miguel because I love Coco. It’s a film that really touched my heart and made me sob my eyes out, and when I saw him I just picked him up and couldn’t put him down. I could hardly walk out of the shop and steal him…

And finally from my “General Disney” section I have Miss Bunny from Bambi. Now, in the UK, tsum tsums are also marketed as screen cleaners, and this plush was so soft I started rubbing her on my face in the shop, realised that looked a bit weird, and decided I couldn’t just put her back. Anyway, she was in the sale basket and was only £1 so it wasn’t a big spend, but I don’t think I’ll hang onto her for very long as, whilst I liked Bambi, it wasn’t really a movie that had a great impact on me.

Yup, these tsums get their own section. (And, like I said: hunting for Cap, if ya have him.) Anyway, I got all of these tsums for £1 each, which is why I have 5 of them. I love Marvel probably more than my own life, so that’s the reason why I picked up all of these tsums. I would’ve got Iron Man too, but his tsum to me, is pretty ugly to be honest!

Anyway, here we have my gal Black Widow, Hawkeye (who’s the comic book version if you’re confused by the mask), Ant-Man, Spider-Man (Miles Morales version, and by the way, I LOVE HIM) and the Winter Soldier.

I think you can tell by how much I’ve written about them that tsum tsums really do make me happy! I much prefer them to Funko Pops! although I do have a bunch of those (mostly gifts) too.

If you’re curious, I got all tsums (apart from maybe Marie?) at Clintons Cards, which is a UK card shop, and they all cost £1-£1.50, apart from Miguel, Eeyore, and Marie, who I bought for the full price at £3.50. Tsums are £3 in the regular Disney store, I think.

Do you collect tsum tsums, or anything else? I’d love to know in the comments below!

Thank you for reading, and until the next post, 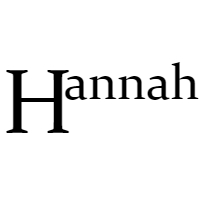 5 thoughts on “My Current Disney TsumTsum Collection (yes, I really have one)”