Briseis has a gift: she can grow plants from tiny seeds to rich blooms with a single touch. When Briseis’s aunt dies and wills her a dilapidated estate in rural New York, Bri and her parents decide to leave Brooklyn behind for the summer. Hopefully there, surrounded by plants and flowers, Bri will finally learn to control her gift. But their new home is sinister in ways they could never have imagined–it comes with a specific set of instructions, an old-school apothecary, and a walled garden filled with the deadliest botanicals in the world that can only be entered by those who share Bri’s unique family lineage.

When strangers begin to arrive on their doorstep, asking for tinctures and elixirs, Bri learns she has a surprising talent for creating them. One of the visitors is Marie, a mysterious young woman who Bri befriends, only to find that Marie is keeping dark secrets about the history of the estate and its surrounding community. There is more to Bri’s sudden inheritance than she could have imagined, and she is determined to uncover it . . . until a nefarious group comes after her in search of a rare and dangerous immortality elixir. Up against a centuries-old curse and the deadliest plant on earth, Bri must harness her gift to protect herself and her family. – Via Goodreads

I was so excited to be contacted by the publisher of Lisa Williamson’s newest YA book to read and review a copy and join in with their Blog Avalanche to celebrate the release!

This is the first Lisa Williamson book I’ve read, and I absolutely loved it. Without further ado, let’s get into the review… 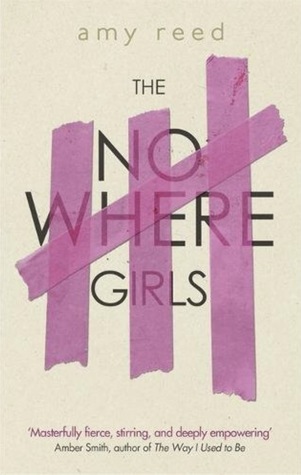 Lucy Moynihan was run out of town because she accused the popular guys at school of gang rape. Everyone knows that. And no one ever speaks of it.

The Nowhere Girls are every girl. But they start with just three: Grace, Rosina, and Erin. Together, they form the Nowhere Girls, and decide to avenge the rape of a girl silenced because she spoke the truth.

I have wanted to read this book for so long and when it was £2 (!) on Amazon, I bought it straight away and devoured it as soon as it arrived.

The topic of this book is something that drew me straight away. I love stories about girls who band together to speak up for injustice (like Moxie by Jennifer Matheiu) and it’s happening more and more in everyday life too (eg #MeToo). I really value authors writing about feminism and standing up for justice, and this was such a brilliant book about it!

The characters are interesting and diverse, of different races and sexuality, and I especially loved how we got to look at all of them. Reed writes in four different points of view – Grace, Rosina, Erin, and Us. “Us” was probably my favourite, and I wish Reed had written more from this because it was just such a stunning portrayal of people. It seemed to jump in and out of different girls’ heads, telling us things that the narrator knows but no one else does, sometimes not even the characters themselves.

The present tense, omnipotent narrator was an interesting choice, but I’m glad that Reed branched out and made it. It was fascinating to read, not least because I’ve rarely read from a perspective like this, but because it allowed us to jump around without it feeling jarring. There were of course certain POVs I liked more than others, but I think that that really shows the scope of a great writer.

Overall, I was completely gripped and I adored this book. It’s one of those books that gave me tingles down my arms when I thought of the characters and the injustices in this world faced by women all over the place. It’s one that I really think doesn’t get talked about enough in the bookosphere, and I would really like it to be far, far more!