I’ve been so fortunate to receive some wonderful presents this Christmas including some amazing books! I also have some in the post thanks to some book vouchers I received too, and I will be writing a future post about all the books I bought with those vouchers. Let’s just say, I’ll be reading a lot in 2022!

In my stocking, Santa gave me three books!

Despite my love of Harry Potter, the author has long been problematic. From her declaration that Dumbledore is gay after the entire series was published to the admission that before the invention of toilets wizards simply defecated where they stood and Vanished the evidence (EW), there’s been a lot said over the years. She Tweets or blogs about things that are added to the canon. Whilst this worked for Pottermore, it’s been difficult to take her seriously for some time.

However, now she has decided to properly out herself as a TERF (trans-exclusionary radical feminist: someone who doesn’t believe that trans women are women). Her Tweets and the essay on her blog are completely harmful to many in the magical community, and indeed the wider world.

As the most famous children’s author on the planet, she has a sense of duty to her fans and other children. She has disgustingly let everyone down.

Over the past week or so, I’ve struggled with my love of Harry Potter contrasted with my hate of the author. Is it possible to love something and hate its creator? After all, we still read Lord of the Flies (William Goulding attempted to rape a 14-year-old), Elvis Presley courted underage girls, and Frank Sinatra had battery charges against him.

Whilst it is impossible to separate the art from the artist entirely, as we must always understand the link between the context in which a piece was produced to the final product, I think that Harry Potter has become something more than JK Rowling herself. If we look at the impact these novels and films have had on the world, it is hard to divorce that from what we have now learnt. Harry Potter became a world where people found acceptance and love and the place where they could be who they wanted to be.

I cannot support JK Rowling any longer. There are difficulties with this: I would love to return to the Wizarding World in Florida and indeed for my birthday in May I received tickets to the Warner Bros Studio Tours, where I will still be visiting. There are of course changes I can still make: recommending other, more diverse and less problematic books over Harry Potter; trying to buy official merchandise second hand, if indeed I buy any at all; and no longer following or interacting with JK Rowling herself. I am also uplifting trans voices in the community, signing petitions, and when I am able, I would like to be able to be in the position to donate to LGBTQIA+ charities.

I am delighted by the fact that many of the cast and members of the wizarding world community have spoken out against JK Rowling’s transphobic messages, in support of the trans community. Daniel Radcliffe, Emma Watson, Rupert Grint, and Eddie Redmayne have all been outspoken in their support. For me, this not only reaffirms that these people are humane and accepting, it tells me that they fight for rights of others. Not only that, but it tells me that the wizarding world is still a place where people can call home.

It’s the first day of the Winter BIBIB! This is one of my favourite readathons and I participate every round. You can see more on their YouTube, Instagram, and Twitter.

The first blog challenge is by Tracy @ Truffle’s Literary Wonders, and for a snappy title I’m going to call it the snowstorm challenge!

The idea of this one is to name 3 characters, 2 types of food/drink, and 1 song you’d want to have in a car with you during a snow storm.

I’m just starting my annual Harry Potter “reread” – in quotation marks because I don’t think I’ve ever reached number 7, but normally get to at least number 5 – and I always do it around Christmastime because Harry Potter is just such a Christmas book for me.

I’ve wanted to participate in Book Roast’s Magical Readathon for the longest time, but I’ve always been too late to join! Not this time, however- finally, I can participate! I know this TBR is being posted on the day the readathon starts, but hey, what can I say apart from the fact I never really know what I’m doing until I’m doing it.

Whilst I want to tackle my TBR (oh, and unhaul a whole bunch of books), I want to take this Christmas to both revisit and discover some awesome book series. I have about four weeks of Christmas holidays, but I will be working on uni work and of course Christmas is always a busy time of the year anyway, but here’s what I’d like to read!

Today’s post is a Top Ten Tuesday post – featuring ten of my favourite cosy reads for the winter months!

One of my dreams is to snuggle up by a roaring fire place with a hot chocolate (topped with marshmallows and cream, of course) with a Labrador warming my feet, a blanket over my legs, and a fat book in my hand. Mmm, yes. I may not (currently) be able to live out this dream… but I have been told that my imagination is pretty good!

With all of the controversy around Fantastic Beasts: The Crimes of Grindelwald, I thought I would share some spin-offs that the fans actually want to see. And by “fans” I mean me. And by “some” I mean mainly the Marauders.

Since I’ve decided to have this blog exclusively for books, and keep my other blog for writing, lifestyle, and travel, all of my bookish posts will now be on here. As such, this post is going to be a TBR for a readathon I’m taking part in next week! 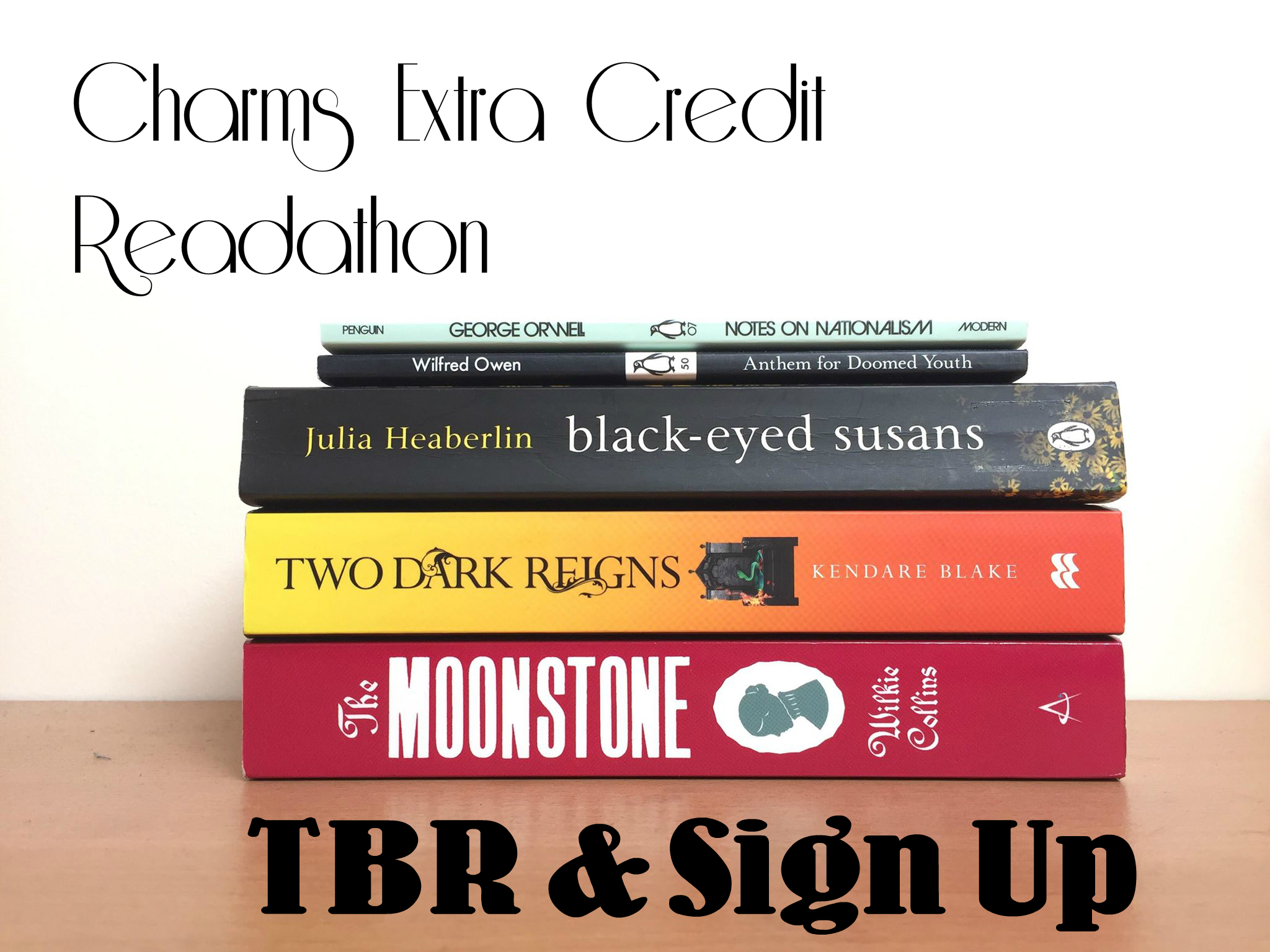 The readathon is called the “Charms Extra Credit” readathon, and it’s part of Book Roast‘s Magical Readathon series, which started with the OWLs and NEWTs earlier this year. I missed the earlier readathons, but when I saw this one I got really excited and decided to take part next week! The readathon dates are 8th – 14th October.

END_OF_DOCUMENT_TOKEN_TO_BE_REPLACED

Make sure you check out day 1 and also day 2 of this challenge – I’ve done two of my all-time favourite quotes. I was tagged to do this by Louise @ A Little Fool Reads.

The quote that I’ve chosen for my final day of this challenge is from a series that changed my life, and this quote really reminds me why I keep on writing.

Words are, in my not-so-humble opinion, our most inexhaustible source of magic. Capable both of inflicting injury, and of remedying it.

I’m quite mediocre at a lot of things. I would say that the only thing that I’m truly good at is writing.

For a world that shits on writers a lot, we sure read a lot, talk a lot, and our whole lives revolve around words. I’ve watched readers of my work laugh and cry, and I think that that’s unbelievably magical, powerful, and comforting to someone who feels lost most of the time.

And I’ve also chosen a second quote for today, because it basically has the same sentiment –

…words have the power to change us.

This time, I would like to nominate YOU, the person reading this. Over the past three days, I’ve really bared my soul through these quotes, and considering the sentiment I’ve written about above, I would love for you to do the same. There’s a catch, though – if you decide to do this challenge after seeing me do it, I would love it if you posted your blogs in the comments so I can read which quotes you chose! They don’t have to be as pretentious as mine are!

I hope you enjoyed reading!