Top Ten Tuesday is a weekly prompt hosted by That Artsy Reader Girl and created by The Broke and the Bookish.

I am actually terrible at meeting authors. I completely freeze up and forget how my tongue works, I sometimes splutter “I LOVE YOUR BOOK” as I’m running away from the signing desk, and I will happily walk around the rest of the day clutching an important book to my chest.

Despite all of this, and the enormous anxiety that meeting my favourite authors brings me, there are still some fantastic writers I would love to meet (and flail in front of) preferably in front of a rather large latte.

(Also, the “top ten Tuesday” prompt never said they had to be alive. Heh.)

END_OF_DOCUMENT_TOKEN_TO_BE_REPLACED 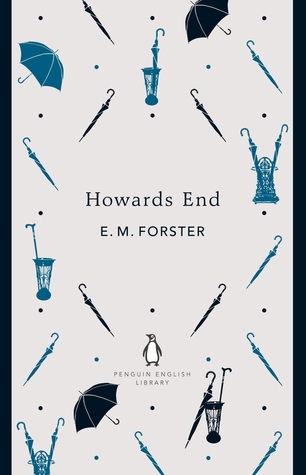 Revolving around the theme of “Only Connect”, Howards End concerns love, lies, death, and living. From the feisty Schlegel sisters, Helen and Margaret, to the upper-class Wilcoxes, Howards End also sees to the struggling Basts amidst discussions of social convention, wealth, charity, and relationships. In this turn-of-the-century novel, widely regarded as Forster’s best, Margaret is our strong-willed, independent protagonist, who refuses to let her husband’s smugness and closed-mindedness affect her own life.

This book is unequivocally English. Unlike Forster’s other novellas I have read (A Room With a View and Where Angels Fear To Tread) which both take place predominantly in Europe, Howards End takes place entirely in England, mostly in the rolling hills of the south, where I live.

I really loved the Schlegel sisters. For 1910, when this book was written, they would be seen as incredibly forward-thinking. Something I do love about EM Forster is his writing of women, because it’s not like the modern-day romance writer. Forster writes about women as real people, and Margaret and Helen have some of the most interesting, thought-provoking, and life-changing parts in the book. They are both catalysts for many of the events, and even in marriage, when a woman would be expected to submit to her husband, Margaret frequently stands her own ground and knows when she should and shouldn’t forgive her husband for doing something wrong.

The actual story, aside from ongoing thread of “who will inherit Howards End?” wasn’t entirely interesting, but something that carries Forster’s novels for me is the beautiful description. Whenever I open one of his books, I feel like I’ve jumped into the pages. The whole world melts away, and I just live the literature.

It may help that I actually live where much of the novel is set. The Schlegel sisters are from London, which was completely different in the turn of the century than now, but they often travel to Swanage, where I spent many summers, and to Hertfordshire and around the South Downs in general. I’ve read some criticism of the book that it wasn’t “universal” enough (whatever that means; when is a book ever “universal”?!) but for me, it was. It was like I’m standing on the same soil, just 100 years ago.

Whilst the main question of the story is “who will inherit Howards End?”, when we view the larger picture we end up asking, “Who will inherit England?” Forster uses three families, representing three different tiers of class in 1900s England – upper, middle, and working, and in many books, you’d expect these classes to remain separate. However, Forster mingles them with intermarriage and interbreeding. By the end of the novel, within the marriages and births and deaths, there are no clear cut “classes”; no one clear cut class ready to inherit Howards End – or England, as the metaphor goes.

I thoroughly enjoyed Howards End. It’s a book that I may not remember the exact story line of, but I am satisfied when I turn the last page.

Hey friends! I know I’ve just done a book haul but I went shopping today & bought some books that I’m super excited about and I want to share!

I got three novels, all from Waterstone’s in Bournemouth. One is a classic, and two are YA, and I’m so excited for all of them and I’m hoping to get to them later this Easter. I still have a bunch to read on my Easter tbr, but maybe I can get to these sooner rather than later…!

The first I got is Where Angels Fear to Tread by EM Forster, which is a Penguin English Library edition, which is my favourite edition of classics! I read A Room with a View by EM Forster and loved it, and also got given Howards End by EM Forster at Christmas, but I haven’t read it yet. Anyway, this one is short, about 160 pages, so should be pretty quick to read.

Next up I grabbed Spark by Alice Broadway! This is the sequel to Ink and I am sooooooo excited to read this! I’d say that this was more MG than YA, but this one might end up being more YA I guess. ANYWAY, you should definitely read this series!

And finally I picked up Words in Deep Blue by Cath Crowley. I saw an advert for this behind the till and just turned straight around, picked it up, and came back! It’s about writing and books and a love of words, and the lovely cashier said that I was going to thoroughly enjoy it so I hope she’s right! ❤

I really would love to read some more classics in the new year. I tried to take part in a couple of classics challenges this year… but it just didn’t really happen.

With that being said, here are some classics on my TBR (to be read). I am doing a module at university next year called Austen and the Brontes, so I have excluded any of their novels that appear on that module list – all bar Pride and Prejudice are on my TBR! – so here are some that I want to read without them being prescribed reading!

I believe that this has been adapted by the BBC and broadcast in the past couple of weeks, but I would love to read this novel. I read A Room With a View by Forster over summer, and absolutely loved it, so I’m so excited to get to this one!

I’ve wanted to read the original Dracula for a long time, especially as I’ve recently read Hunting Prince Dracula by Kerri Maniscalco (incredible series, btw). My incredible friend Natalie bought this for me recently, and I’m so excited to tuck myself up in bed, make sure there’s no vampires hiding in my room, and read it!

I Capture the Castle by Dodie Smith

I actually got this for Christmas… last year… and have not read it yet. This is a children’s classic, but that is not stopping me from wanting to read it! I have a beautiful edition too, with a cute cat on the spine (yes, I’m looking at it right now, and wanting to dive right into it) so I’m excited to read it!

I reaaaaaaally want to read this book (sadly, however, it is at home right now). It’s a relatively short book too, so theoretically I should be able to devour it quickly. It’s one of my friend’s favourite books, and she keeps bugging at me to read it, so I should probably get around to that one sharpish.

Down and Out in Paris and London by George Orwell

I’ve read a few pieces by George Orwell – Animal Farm is one of my all-time favourite books – and I would really love to read Down & Out. Others on my Orwell TBR include basically the rest of his books! Homage to Catalonia is also high on my Orwell TBR.

I really hope you guys enjoyed this list! What’s on your classical literature TBR? I would love to know! and if you have any recommendations for me, I would love those also.