This week’s Top Ten Tuesday is ‘Books I Wish I Had Read as a Child’! I haven’t done a TTT in quite a while, but this prompt just sounded really exciting.

I read some incredible books as a child, and I’m grateful that I have a mum who recognises the importance of, and also loves, reading! I read (and reread) Malory Towers, Peter Pan, obscure adventure books, and Horrid Henry, amongst others! But there are still some I wish I could go back and read when I was little.

As a kid I absolutely loved reading – and I still do. I was and am very lucky to have a mum who values reading, and she fed me book after book when I was a kid. I appreciated it then, and I still appreciate it now. Here are 5 of my favourite children’s books to celebrate World Book Day!

This book evokes me straight back in time to my childhood – and to the 1930s. I think it’s a wondrous story of adventure and friendship.

The actual story of Peter Pan is really rather horrifying, but the book is just a wonderful tale of fighting and pirates and fairies and mermaids. I read this book over and over when I was a kid.

3. Winnie the Pooh by AA Milne

Winnie the Pooh is such a classic! I grew up with the TV show, the magazine, and the books themselves. Pooh bear accompanied me throughout my childhood.

4. Wreck of the Zanzibar by Michael Morpurgo

I adored this book when I was younger! It’s one of my most prized possessions as my copy is actually signed by Michael Morpurgo when I had the exciting opportunity to meet him when I was in Year 5 at school. This story just absolutely captured me, but all of his work is amazing.

School stories were a staple of mine! Malory Towers held my heart! I was so protective about these books – my mum asked me if I could lend them to someone and I actually refused because I loved them so much.

I wish there were World Book Day books for adults, but I’ve almost always buy a World Book Day book anyway. You can find these books in your local bookshop and sometimes in the supermarket. They cost £1/€1.50 or are free with a book token which are given out at schools or are sometimes in newspapers. McDonalds also have them printed on their Happy Meals!

What are you reading this World Book Day?

1915. War with Germany has been raging, but the Isles of Scilly are largely unaffected. That is, until a girl washes up on the shore of one of the islands, and rumours about her begin to circulate. A stunning story about love, justice, community, surprisingly poignant for the modern day.

Michael Morpurgo, if you didn’t know, is one of my absolutely favourite authors, and this wonderful book of his definitely did not disappoint. 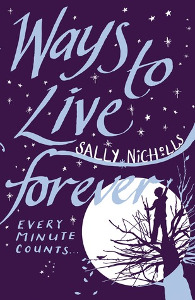 Sam is eleven. He loves facts. He wants to know about airships and space and what it’s like to smoke a cigarette and go for a drink in the pub. He wants to know because he has leukaemia, and he’s dying. Sam especially needs the answers to the questions no one wants to hear.

I picked this up on a whim because I thought I’d heard of it before but then I put it on my shelf for a rainy day. Today wasn’t a rainy day, but I simply decided to read it and I only put it down to toast some crumpets. I read the entire thing in about two hours, and was fighting back tears from about the middle of it (okay, so I was feeling pretty tearful anyway but y’know).

This debut (!!) novel is made great by the protagonist: Sam, adorable, witty, curious Sam who wants to know answers and makes lists and is portrayed very realistically by not wanting to hang out with his aunts and uncles in the last few weeks he has to live.

The other supporting characters handle Sam’s sickness in various ways, and I think that this is very good, as it’s very realistic and provokes a variety of reactions from the audience. For example, his best friend Felix is very matter-of-fact about it, and as he is also dying this provokes empathy, whereas Sam’s dad walks away when the topic of conversation comes up.

The story ends how you expect it to: the protagonist dies (okay and this isn’t a spoiler because the first bit is, “By the time you read this, I’ll probably be dead.”). The ending is actually done very well and ties in with other bits of the story.

Yes, this story did make me cry and it did make me think. It’s amazing how Nicholls managed to make a book about an 11 year old dying humorous and optimistic too. I’d definitely recommend it. I’m not even entirely sure who it’s intended for, but I think any age could read it.

Everything was normal until a stranger turned up on the doorstep and said he was Cessie’s grandfather. He’s great, until he starts forgetting things and has to go to a nursing home. Cessie misses him a lot, but she still doesn’t understand the mystery of something he kept on saying: “Don’t let me go to Shangri-La, Cessie.”

I’ve been wanting to read this book for a while and I got through it pretty quickly. It was a warm and friendly story, about family and love and history, as much of Morpurgo’s works are. I didn’t feel that involved with this story, however, but I did enjoy it.

The plot is simple but effective: stranger on the door, mysterious place he doesn’t want to go, and then… argh, this is hard, that’s a great spoiler.

Escape from Shangri-La talks a lot about WWII and it’s based around the D-Day landings and the boats which were used, which is how the climax of the plot happens. Something I really like about Morpurgo’s work is that he takes unknown characters and/or situations and puts them into big historical events. There were so many boats on D-Day that a lot are often forgotten about, and he takes one of these “forgotten” (read: fictionalised, in this instance (at least, I think)) boats and makes them real and remembered.

I didn’t really get “into” the characters, aside from Cessie’s granddad as I loved the history and romance aspect. To be honest, I think one of the biggest character developments came from a very minor character!

Escape from Shangri-La is a nice little kid’s book, but I wouldn’t suggest it for older teens and/or adults like some of his other works (such as Dear Olly or Cool, which, although they are totally kids books, are great for adults too especially if you’re trying to explain something to both yourself and a child (Dear Olly deals with physical disability and Cool deals with a child in a coma)). It was a nice way to spend an afternoon.