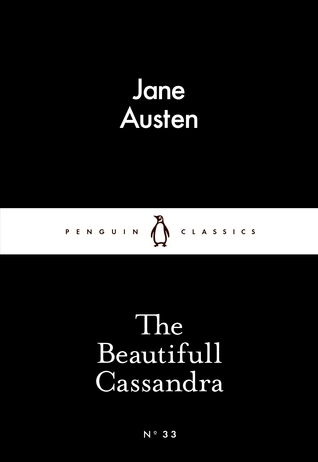 This Little Black Classic showcases a collection of short stories that Jane wrote to entertain her family when she was still a teenager.

These stories are so sweet! They are definitely not up to the scale of Jane’s later works, so if that’s what you’re wanting, this isn’t the place to find it. However, Jane does real good in these short stories and I found myself laughing aloud with some of them.

Some of the reading matter really did shock me, though, from Jane’s era, so I can’t imagine what her family thought of them! The phrase “dead drunk” continually crops up, for instance. Either way, they were pretty mature stories – more of a teenager trying to both entertain and impress her family.

I felt like the namesake of this collection, ‘The Beautifull Cassandra’, was actually one of the weakest stories of this collection. It was told in quite a unique style, but seemed to have a very scattered and short plot. I can see a very young Jane writing this.

Overall, this isn’t the later Jane that we can read nowadays. You can see ghosts of her future writing self (if that’s even a thing? Dickens says so…) in her short stories though, and it’s always interesting to look back and see an author’s first works, even if, as in this case, they were never meant to be published!

The Beautifull Cassandra is #33 in the Little Black Classics series.

Goodreads
Source: bought from a store