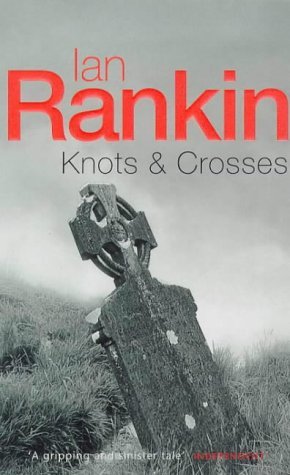 Haunted by his past, John Rebus has been in the police force almost since leaving the brutal SAS. He’s worked in Edinburgh for years, and everything’s been mostly quiet of late – until two girls are abducted, and later found dead. Rebus finds himself thrown into the case, but do they hit much closer to home? And what about the mysterious letters that keep finding their way to him?

This, as you will have seen by the title to this post, is the first in the Inspector Rebus series by Ian Rankin. My grandma let me borrow the first one (and, for some reason, the 14th? I think those are the only ones she has, although I do want to read these in order!) and I read it in just one day!

The book is short and sweet, but packs a lot into just over 200 pages. At first, I really didn’t meld with Rankin’s writing style, and even toward the end of the novel I found myself jarring occasionally. Sometimes, for example, I couldn’t work out who was speaking to who, and what was actually going on! However, once you get used to it, this style is so unique it makes it worthwhile reading just for that.

I did not guess the killer at all, which was another great aspect of this novel that I thought I’d throw in right now! The book kind of ended on a cliffhanger, but I’m sure that that’ll all get resolved in book 2.

I seem to have something for rugged, “soiled” (as one character calls Rebus) and angry detectives, because I really liked the character of Rebus. I thought he was really complex (although he could be considered a bit of a cliche hero; he’s ridiculously intelligent, and disliked by most, with a troubled past etc.) and his characterisation became more fleshed out throughout the book. I’m sure that later on, Rankin will have made him into a stronger character, which will really work well as he has so much potential!

The secondary characters also supported the novel. A few of them felt very similar to me, so I had some difficulty in identifying them, but I feel like some may leave very quickly, so although more characterisation would have been nice not just in the main character, I feel like this is just a starting point. I did note that I feel like this was more of a “setting up” novel; the mystery almost took a back-seat whilst Rebus’ character was more established.

This book had a lot of potential, and whilst I did give it 4/5, I felt like there could have been more! However, this was originally published 1987, so Rankin was a young author and I am looking forward to seeing much improvement in later novels!

S/O to my nanny for letting me borrow her copy ❤